Drug use is running rampant in this country. People both young and old have had their lives, bodies and teeth destroyed because of drug addiction. When the drug use begins, nobody ever thinks about the long-term consequences that will be paid because of the first time use. Below, you will learn about drug abuse and how it damages and causes many addicts to lose their teeth at a young age.

What drugs affect the teeth?

Cocaine – Causes tooth decay directly. Many cocaine addicts rub the cocaine directly onto their teeth and gums, which causes the direct erosion of the enamel and eventually causes the teeth to decay rapidly. After snorted, the cocaine can also drip down the nasal passage and enter the mouth, which also exposes the teeth to the corrosive chemicals.

Methamphetamine – Meth causes tooth decay indirectly and indirectly. This drug is extremely acidic and will destroy the tooth enamel very quickly. It causes indirect damage to the teeth because the user typically experiences an extreme craving for sugary foods and drinks.

Club Drugs – Speed and ecstasy are common drugs used in the club scene. These drugs cause the user to clench their jaws, and they cause extreme dry mouth. The drugs can induce nausea and vomiting, which will make the stomach acid corrode the teeth.

What happens after the teeth are decayed?

In many cases, true addicts do not address the dental problems that they are experiencing until the tooth is beyond repair. This leaves dentists like those at Discovery Dental no choice but to extract the decaying teeth to avoid further dental complications and hazards.

After the teeth have been extracted, there are two options – get an implant or get a full or partial denture. Since implants are not affordable for many people, the best option is to go with a denture to replace the missing teeth. Some addicts have done so much damage to their mouths that implants aren't even an option because the bones in their mouth are so damaged that implants cannot be surgically inserted into them.

If you or someone that you love is suffering from a drug addiction, do your best to get help. The sooner the addiction can be managed, the better the chances of saving your teeth, your body and possibly even your life. 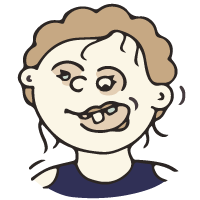 My parents were lax about making us brush our teeth and never even mentioned flossing. Naturally, I had some pretty poor oral health as a young adult. I didn't even stick to the schedule of getting dental cleanings until our first child was born and I realized I needed to set a better example than I had growing up. My partner and I decided to make oral care a thing we did together, and it paid off when we all started having dental visits without a single cavity or sign of gum inflammation. Spread the message of oral hygiene to your family with these tips and hints.